I have been told that I am the worst reader in the world. Why? Because I have this habit of reading the last two pages of a book first. Yes, I am aware that it gives away the punchline. No, it doesn’t ruin it for me. It all started with James Clavell. The year was 1975 and as a kindergartener at the time, I was increasingly frustrated by my inability to participate in the adult conversations being had around books. My rudimentary reading level was a liability and stifling my family social life. I decided to up my game from “see spot run … run, spot, run” to something more advanced. And so it was, that while my siblings were at school and my parents were busy with their work, I spent mornings locked behind the master bedroom door sounding out the words of the current book on my parent’s nightstand – James Clavell’s Shogun. 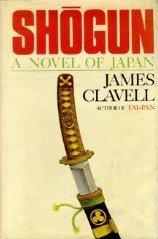 Let that sink in for a moment and continue reading when you’re done laughing. Apart from the obvious challenge a typical five-year-old might have reading from one of the most complex books of all time, I was also reading the words phonetically as per my native tongue. After numerous attempts that often led to tears of defeat, I put James Clavell down and vowed that when I grew up I would slay that book. Twenty some odd years later, I was browsing though a newsstand in LAX, and there it was. The white cover, the bright red all caps lettering and the samurai sword. I started reading and became so vested in the characters that I had to read the last pages to find out what happened to them. Over the years, reading last page first simply became a habit, but I realized that reading this way gave me insight into the development of the characters and the plot. Here’s the ending, so how do they all get there? It was not entirely surprising, therefore, that when I began conceptualizing Realm of the Malach, the only thing I knew was how the story would end. As I sought guidance from various books on writing, one piece of advice stuck out: you don’t have to start writing from the opening paragraph, begin writing with the chapter that is easiest for you to write. For me, that was the last two pages of the book that have changed very little since. The part that has been rewritten several times over is actually the beginning, Chapter 1. Here’s why, in retrospect, that backwards thinking was beneficial. The characters had a high degree of autonomy from the start because their fate was already known. I didn’t have as much freedom to do what I wanted with them because I had to make them fit the ending. It also made me more objective. When I was mulling around with the idea of Aurora and began writing her, she took on a whole lot of my characteristics. I wasn’t just writing her from my experiences I was writing her from my personal perspective, which, for this work was really not appropriate. Once I took a step back and acknowledged this, writing her has become easier and much more pleasurable. Kailash, on the other hand, was always his own person. The down side of starting with the end is, I’m guessing, that it’s a more inefficient process than following a preconceived chronological outline. There was a lot of back and forth-ing in the writing and so there’s quite a bit of rewriting as the plot complexified. However, I feel as though the story may have (may being the operative word) developed more organically this way. Having been a technical report writer for so long, I rather think that following a logical outline would have produced a more rigid, calculated work.  I guess we will never know.

Let me know what you think. What’s your writing process? I’m always curious about how other people go about conceiving and writing their stories. I’d love to hear from you.

About the Setting and Bringing Aurora to the Page 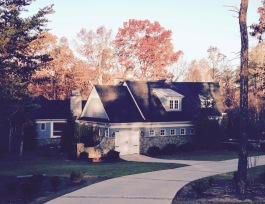 My year and a half of living in Charlotte was, well, extremely peaceful. The neighborhood we rented a house in mandated a plot of at least four acres in size of which only ten percent could be developed. Moreover, we arrived just as the housing market became depressed.There were a lot of vacant houses and a lot of land that wasn’t being built on. And so this vast open space was the playground of my creative mind. I often scared myself while walking my dogs through miles of empty trail and empty streets. 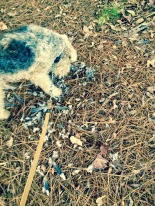 Remains of a bird. 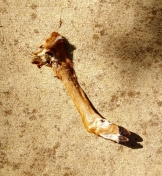 One of a few deer remnants found along the trail.

Potential stalkers, wandering vagabonds, paranormal entities – they all ran the gamut in my paranoid mind (which, I found out much later, was due to Lyme disease). Amidst all this tranquility was the isolation. As human beings, we go through stages of life that require a redefinition of the self. We transition from youth to adulthood but as life progresses we define ourselves as workers, as friends to other people, as lovers to our partners, later on we may become a wife or husband to our spouse and then we may define ourselves, yet again, as parents. That’s a lot of things to be, if you think about it. And some are more challenging to render than others. At that phase of my life, I struggled to find myself as a parent, mostly because I had so many fears about it. And there were times when my child actually scared me.

No one to play with but the cat.

My solution was to isolate myself. This is something I had in common with Aurora. I imagined that after losing the love of her life, she needed the isolation to recoup herself as a person and as single parent, but it was also the source of her fear. Like many of us, she comes from a position of strength in certain aspects of her life that is eclipsed by a vulnerability in others. Unlike the rest of us, however, her journey through change is quite fantastical.

I hope you read on and you’ll visit here again next week for another backstory.